Space Girl and Clara Chapman: How the indies are keeping true pulps alive.

Lauren Francesca of I want my Lauren fame, hopped into her space craft and launched it onto the small screen in the Barely Political webisodes Space Girl in the year 2012. When I say small screen I do not mean the TV but the television of the times, YouTube.

Lauren had been a collaborator with director Tom Small ( the creator/ director of Space Girl)  on Key of Awesome comedy productions including some superb Lady Gaga parodies and the music clips Tron Girl and Moon girl. 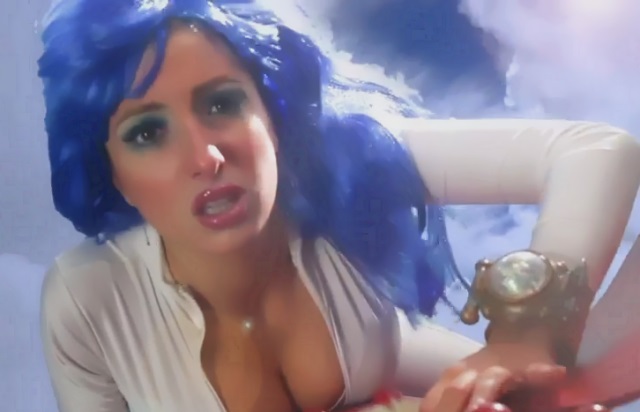 But it was Space Girl that became the true cult sensation. SG was the series you always wanted to see, something that was only possible as an artwork, via a fantasy poster or pulp cover but never realised as a drama. From the very first episode, Abandon Ship! we are thrust into a world where everything is done with expertise and a love for the genre. Francesca is brilliant as the buxom heroine having to deal with neurotic, cynical and dastardly aliens and Artificial Intelligence. Like her earlier collaborations, the subject matter is cheeky, hilarious, and true to form.

Small does a fantastic job in the green screen studio, using CGI with expertise to bring these fantasy worlds to life and the BTS footage on the channel showcases what fun it was to do so. 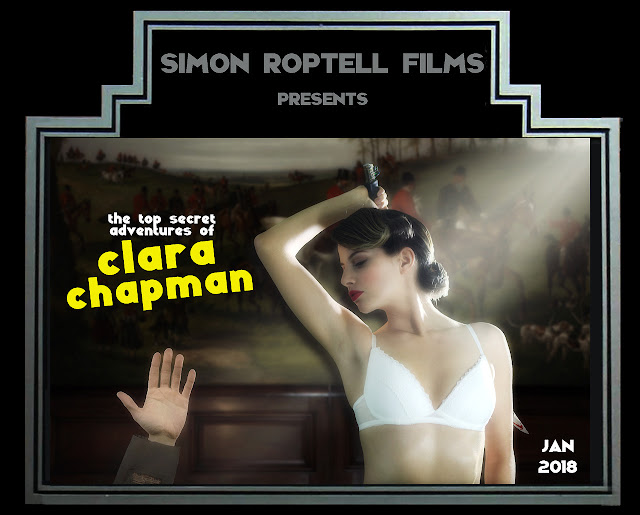 If Space Girl was an ode to 50’s and 60’s space romps then 2017’s the Top Secret Adventures of Clara Chapman (Simon Roptell Films) was a love letter to bawdy English comics of the war years. Hannah Minnock plays the patriotic British spy, doing her bit for England against the Nazi horde and the collaborating moon men. Like Small, Roptell uses CGI to create a world (this time WW2 Britain) to tell the story, whilst not straying from the UK tradition of comedy and its music hall, burlesque origins. 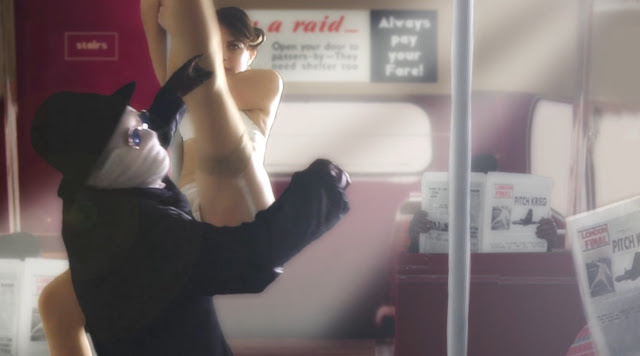 Space Girl and Clara Chapman are more than just great examples of independent mini movies. They are free from the filter of corporation and power group and celebrate ignored genres with a pure heart, affection and expertise. The sassy heroines in both the entries are far more independent, intelligent and engaging then most female leads in contemporary dramas and are played to perfection.

People moan and continue to moan about how bad Blockbuster films are. It feels that moneymaking and identity politics are now the only criteria that greenlight ideas and inevitably both will rule each other out because creativity cannot be permanently caged. The Pulps were never meant to be loved and appreciated by the mother superiors or any other content naysayers but that’s what they have become, at least in popular culture. Clara Chapman and Space Girl are lanterns in the storm showing what a love for the genre and for each other can truly birth.

The Top Secret Adventures of Clara Chapman was being streamed on a few services but I believe is only now playable on the Simon Roptell Films website (www.simonroptellfilms.com) for a tiny fee of $2. Space Girl is viewable on the I want my Lauren Youtube channel.  Check these two great titles out while you can.

Popular posts from this blog

Fantiligy: The Gold Watch: Boxes and Fate in Pulp Fiction

November 26, 2019
By T. B. Mindser Pulp Fiction arguably contains one of the most fascinating sequences and stories ever committed to celluloid. In this sequence we see a boxer, or Palooka   Butch,not take a dive, due to family pride which causes him to be on the run and later in a showdown with his nemesis, Marsellus Wallace, in a city street and then in pawn shop which becomes the mouth, or orifice of hell. Fascinatingly, the destiny and fate of Butch is intertwined with the watch as this becomes a film about boxes within boxes. Even Butch’s profession sounds like a box: He is a boxer and one that refuses to lie down, whether it be in the ring or in a Gimp trunk. Let’s examine the box in more detail. When we first see the infant Butch, he is watching a “box” a television playing a children’s show about totem poles; symbols of Indigenous pride. He is forced to turn off the box when his mother introduces Captain Koons, a war veteran, close friend and fellow POW combatant of Butch’s decea
Post a Comment
Read more